This was one of the areas tucked away around the National Museum of the American Indian in Washington DC.  We really wanted to stop at this museum, which is the newest national museum, but time did not allow, as we were walking quickly to an appointment with our Representative which had been arranged as part of the National History Day events.  But we walked through the National Mall side of the grounds, which were amazing.  This pond was tucked back by one of the markers for the cardinal directions (the building is aligned with the cardinal directions and also with the Capitol building).  And despite our time constraint, we all three paused for a moment here and just looked, and breathed, and listened, and were.

It was raining, but we didn’t mind. 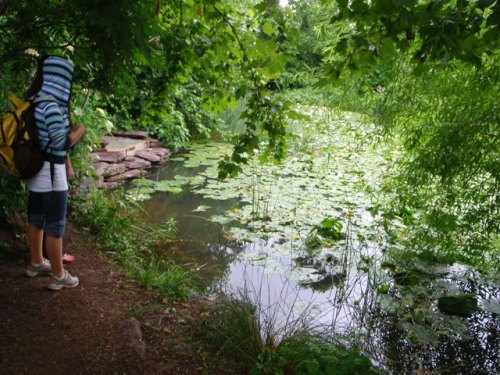 Click the thumbnails below to see the interesting architecture and landscaping in more detail, and here to read more about it.

I hope to go back and visit next time  —  and eat!  When we walked by and saw that it had a café, we wished we’d eaten there that day, too; the café serves “Native foods and contemporary cuisine with a Native American twist”.  Undoubtedly better than our Mall hot dogs in the rain, under siege by birds and a squirrel! 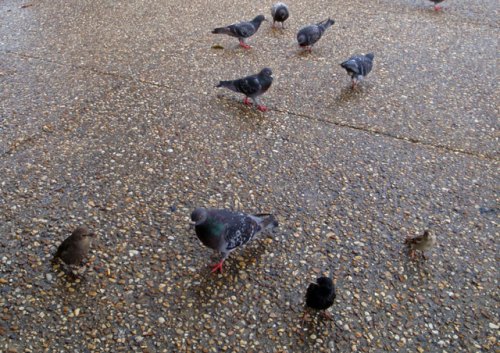 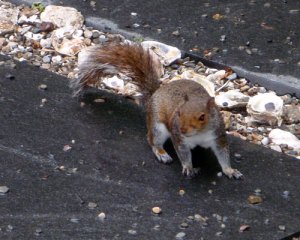 Prelude to a Personal Pandemic, with a little Knitting

This thirteen-year-old, on her way to her 8th-grade-graduation ceremony and dance, looks so happy and lovely, doesn’t she?

The picture of health, wearing her new lacy wrap that her mother made her to match her vintage dress.

danced her silver shoes off, had fun with all her friends, even posed for a few more wrap pics when she came home.

(as did the wrap, click to embiggen if desired)

Who knew that even as those pictures were taken, that microscopic virus particles were replicating madly in her body?

The next morning, she looked tired, but said she just hadn’t slept well.  It was the last day of school, a half day only, and the school talent show; she and a friend were performing Leonard Cohen’s “Hallelujah” (she singing, he on acoustic guitar).  Her forehead was cool and she had no other symptoms, so off she went to school.

While backstage, waiting to perform, she had shaking chills so bad she couldn’t stand, aches, a headache, a sore throat that came out of nowhere.  Of course, all her friends came over and hugged her while she was curled up sitting on the floor, having chills…. The teacher backstage tried to send her to the nurse, but now it was their turn to perform.  She told the teacher she would go as soon as she sang — it would only take two minutes.  Such a performer. She got up, sang on her shaky legs (they disinfected the microphone immediately thereafter), and was promptly sent home with a fever.

So: my poor daughter, in the end, was found to have H1N1 (swine) flu.  But the drama goes on, because in less than 48 hours she, I, and her friend were supposed to fly to College Park, Maryland (on the outskirts of Washington DC) for the finals of National History Day.  If she couldn’t go, her friend couldn’t either; they would have to withdraw (they were doing a dramatic presentation).  They had been working on this project literally all school year, and won at regional and state levels to be going to the national competition.  My daughter wanted to go, if at all possible.

My first concern was for my daughter’s health; my second was that her friend not get sick; my third was that she was safe to fly (that is, not get anyone else sick).  Once I realized she probably had flu from her symptoms (Wisconsin has the largest number of reported confirmed cases of swine flu in the U.S.),  my first call was to make a doctor’s appointment for that day, and the second was to an infectious disease specialist I know, who happens to be the father of my daughter’s friend as well.  I needed to know what the criteria were for her being safe to fly.  “No fever and no cough”.  OK.

To make an already long story a little shorter, by getting on an antiviral immediately (which shortens the period of infectiousness and symptoms), she got better remarkably quickly, and had no fever within 24 hours, and no cough by 36 hours.  So we flew to DC.  Her friend never got sick.  Neither did I.  My daughter did not feel good, granted, since she felt like a truck ran over her and had a constant headache unless she had ibuprofen on board.  And when she finished the antivirals, some other symptoms flared.  But they did their performance and got good comments from the judges, though they didn’t go on to the final round, to their great relief, actually.  (And we had a couple days for sightseeing, therefore.)

While I was gone, my husband and my younger daughter came down with the flu too.  My younger daughter developed croup and needed to be put on steroids.  Sigh.  So I was monitoring them and worrying from long distance, while nursing my older one and trying to make sure my daughter’s friend didn’t get sick (or me).   And hoping my mother, who’d been exposed to both daughters separately right before they got sick (you’re infectious in the 24 hours before you develop clear symptoms also), didn’t become ill either.

I still can’t believe I didn’t get it, but obsessive handwashing goes a long way, I guess.  There’s still some coughing and tiredness going on around these parts, but everyone is well on their way to being back to health now.  Many other middle schoolers got sick, at least a couple directly from my daughter (like the boy who played guitar with her), but there had been an outbreak that week, as it turned out; the cases just hadn’t been confirmed yet, so there had not been a notification (and I don’t know that it would have changed much, except reminding parents to keep kids with fevers at home; mine had no fever in the morning, when I checked by mommy-thermometer).  A letter came in the mail the next week…..

So that’s what I’ve been up to!

I hope to tell you more about DC, when time allows.  (Like about the girls feeling right at home in the Oval Office….)