One more photo from my sunset walk along the marsh. 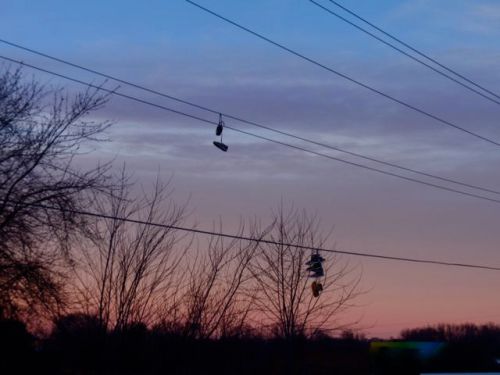 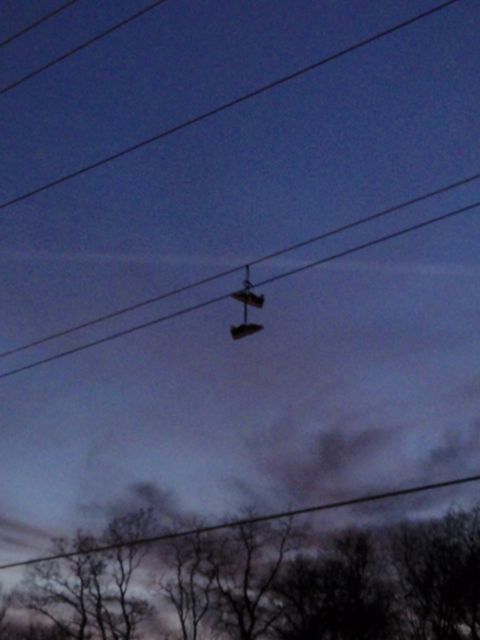 Today’s the final Nutcracker ballet performance for the girls. I’ll be helping them with rather different shoes than these today!

I promised you the spectacular sight that met my eyes when I turned around, on my walk through the marsh Sunday night.  As I faced east to the bluffs, there were just pink clouds floating.  But when I looked back over my left shoulder to the west, where the sun was already down (and I had already seen and photographed this sky,

and thought the sunset show was about over):

The sky suddenly lit up. 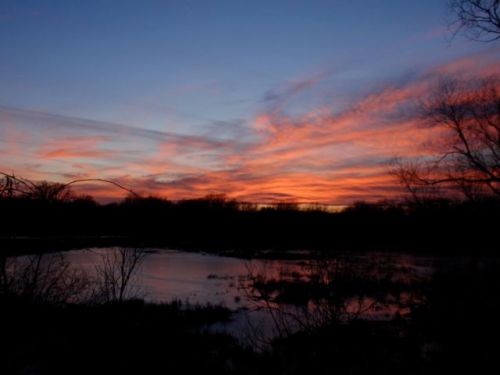 And by the moment, started to blaze with more and more intensity. 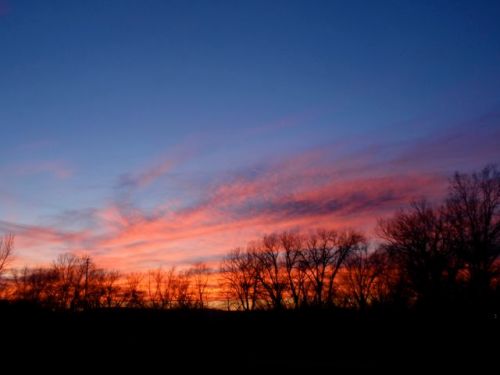 About a quarter mile north of this spot is the La Crosse River. (In between are some singularly unphotogenic power lines and poles.)  I ran.

My fingers were going numb from the icy wind (and no gloves), but I felt as though I were in the heart of a fire.

and then it was gone.

Of Sunsets, Strawberries, and Such

Well, it’s Monday, so the Preteen is released from durance vile (not noticeably chastened). Which is good, I suppose, because there’s a band practice, though practices are usually on Sundays.

Despite working this weekend (and being diagnosed with probable Lyme Disease), bits of knitting and a fair amount of fun happened!

After I got home from work and chastised the Preteen (no, that wasn’t fun), then took a picture of the Saturday Sky,

The Gothlet and I went to see Kung Fu Panda (at Gothlet’s request; the Preteen, of course, declined), which was cute: Jack Black with fur.

Then down to Riverside Park, to the Mississippi River to watch the Solstice Sunset. 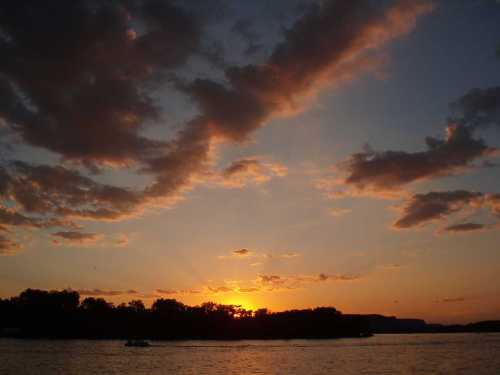 Church was great the next day — hey, Beth, we had horns with guitars (my husband played the electric guitar) & piano in church; they played “Does Anybody Really Know What Time It Is”! as well as a couple other ‘popular’ songs. Our music director made the point that Martin Luther adapted popular secular music of the time to spread the word. Interesting — and enjoyable!

Then to the farm to pick strawberries! 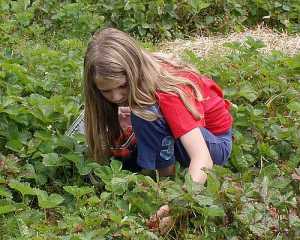 My parents belong to a CSA, Harmony Valley Farm, and they let us share their share. Last year’s August flooding hit the farm hard, after a drought earlier in the summer. This year was not as severe, though they lost a few crops; the fields we were near were mostly in good shape. (Read this .pdf newsletter if you’re interested to find out how their organic farming practices helped soften the impact of the severe weather; column on the left.)

And (fortunately for yesterday) the strawberries were little affected. In fact, although the crop is apparently late, these were wonderful strawberries, large and juicy and flavorful, wow!

After a quick stop to see the poultry & animals,

we said good-bye to the farm

and made our way back home through scattered showers, with predictable but delightful results. 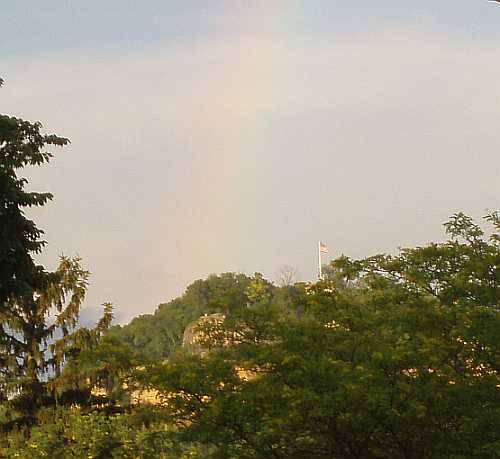 Sometime this weekend, maybe in the car, a little here, a little there, a bit of knitting got done.

I made little lacey bookmarks for two coworkers that moved to a different office:

And I made a square for a blanket being organized for a knitblogger whose mother just died.

Yes, I know, it’s quite — eye-catching, not entirely the idea I was going for, but it is what it is. This is the dyed-in-the-ball skein that has a gradient of dye; I wanted to use something one-of-a-kind, hand-dyed, and the change in dye intensity kind of mimics changes in our lives. The quadruple motif is an adaptation of Barbara Walker’s Candleflame Lace pattern from her Second Treasure of Stitch Patterns. Together, the four flames look like a flower. It’s very soft elann.com superwash merino.

And I knit a little on Forest Canopy, and during “Kung Fu Panda”, I frogged the meeting sock, and cast on again (later frogging that restart on more stitches as it was now too big; third time’s a charm!).

At the end of a busy but lovely weekend —

Tomorrow my husband and I have something fun planned, which will lead to my ‘M’ post for the ABC-along!