Two weeks ago, deep in the Southeast, not terribly far inland, anyway (close enough for this midwestern girl):

I was in Atlanta.

It was a stormy Saturday night

but during the entire meeting that I was attending preceding that weekend, the weather had been gorgeous: 60s and sunny. The southerners thought it was rather cool.  Those of us attending the meeting from northern climes spent every break and every lunch out in the hotel courtyard, enjoying the sun and the flowers. 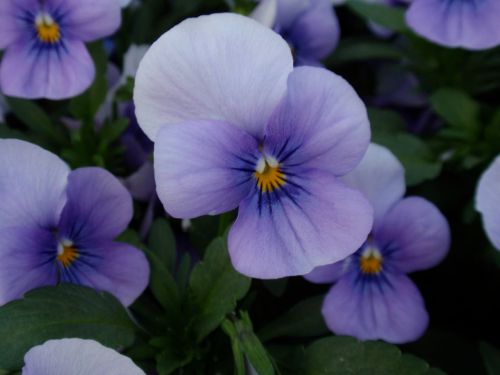 I didn’t have much extra time, as the meeting that I was at took up essentially all daylight hours, but the short walk from my hotel to the meeting hotel took me past these sky-glass towers

which made it clear that hurricanes generally did not get this far inland, and also spectacularly reflected the lightning above when the thunderstorms happened on the last two days of my Atlanta stay.

Because the bad weather rolled in just as the meeting ended, I didn’t get to take advantage of my six hours or so of free time at the end of the meeting; I had thought about visiting the Atlanta History Center or the Aquarium.  Next time! 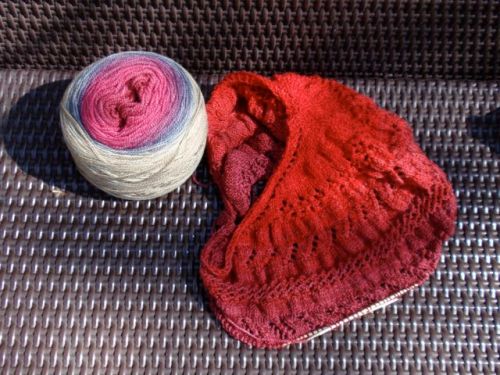 (This is my Citron…. ‘crazy lace’ variation.  I haven’t really told you about that, have I, being blog-neglectful?  So, it’s a Citron from Knitty, but for the ‘crazy lace’, you throw in small lace patterns of your choice in the stockinette bands between the ruching.  I’m also further modifying by increasing with a yarnover at the outer edges on every right side row to make it more than a half-circle shape, and to echo the laciness of the lace portions.  Last, I have a lot of yardage of the lovely yarn: Arial, by Twisted Fiber Art, in the “Haunting” colorway.  Thus, this will be a lot bigger shawl than the original shawlette size!  I’m knitting on it on and off….)

I then came home for two busy, tiring, and chilly days, then packed up to go to the Pacific Northwest, for a day pre-camp with the lovely Astrid, and thence to Sock Camp.  I have a lot more to tell you about that, but here’s my Saturday Sky from Camp (Port Ludlow, Washington).  (Hence the second coast: East Coast to West Coast in 72 hours!)  The only sun we saw all week was for about an hour, that Saturday morning. 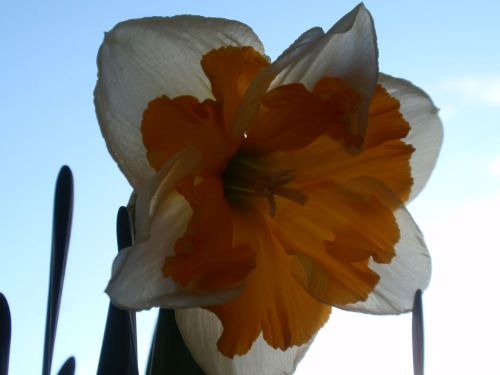 Then it clouded up.  This photo is from the day before, but believe me, it looked pretty much the same for the entire week of Sock Camp. 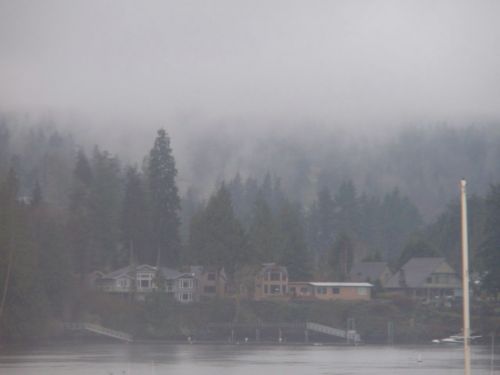 Of course there was lots of knitting (and other hijinks) at Sock Camp, but again, definitely for another post!

Why, the West Coast of Wisconsin, where I live, of course!  (Seriously, some marketing person dubbed us this at some point.  I do live on the Mississippi River, which is the western border of much of the state….).

(Then thunderstorms overnight.  Then a brief glorious bout of sun this morning with unnatural warmth.  Which of course means even more severe weather predicted for this afternoon….hail, damaging winds, possible tornadoes.  Which will further increase the Mississippi flooding (not severe to date, fortunately).  Springtime in the Midwest!)

Ah, well, at least the snow is gone. 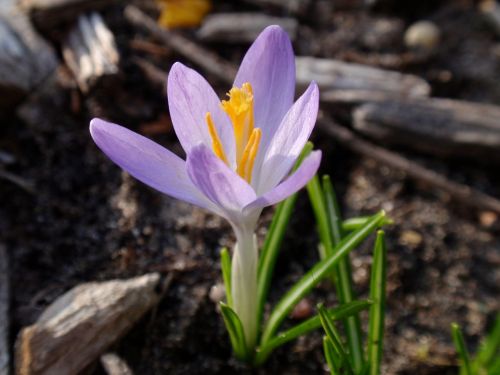