OK, OK, terrible pun.  (Terrible.)  But Devon was wonderful!  Let me take you there….

I left you at Knit Nation Bingo. (Which, by the way, raised money for Refuge, a UK domestic violence charity.)  The next day was still Knit Nation, but I was less busy, having been wait-listed for a morning class that did not open up.  This was my day to visit the marketplace in a more leisurely fashion and carefully select a few fibery souvenirs, to sit and knit a bit, to have tea:

watched Carole winding laceweight (winding that was a bargain for the buyer at 1£, I’d say)

and ran through the marketplace another time. 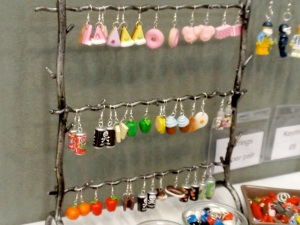 I did NOT get these earrings at The Bothered Owl’s stall, though I was very tempted, but I did get a superb bag, which was one of the bags I showed you earlier this week, with a map of London on it (perfect size for socks, and so well made!).

After some more London frolics in the rain, which I will catch you up on later, we packed our suitcases that night, and left early in the morning, dragging suitcases and all on the Tube to Paddington station, and thence on a train

through the English countryside.

A pleasant  two plus hours later, watching the rain and wet sheep go by, we were in Exeter St. David’s, in Devon.

Very close now to our destination!

A change of train to a lovely and well-known train, the Riviera line, and so farewell to Exeter 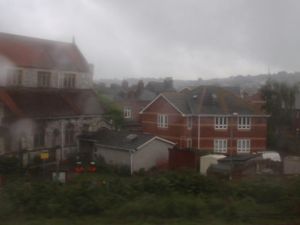 (Yep, still raining) and hello to the SEA! 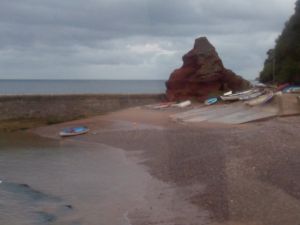 We were right on top of the water. 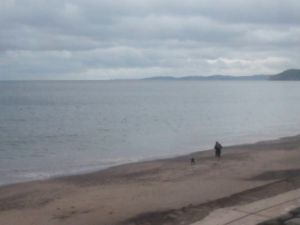 So lovely, even in the rain.

These meres, or what have you, reminded me very much of scenes from ‘Clouds of Witness’ (Lord Peter Wimsey), though that is set in Yorkshire, or perhaps “Hound of the Baskervilles”… I could easily imagine being deceived by the greenery.

Very soon, we were in Teignmouth, and my friends Esther and Sally were there to meet us, and help with luggage! (Hooray!) 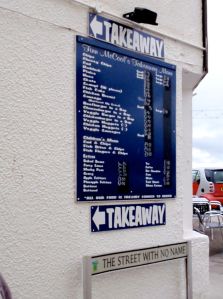 and the BEST fish ever.

(The RockStar and Sally.  Very happy!)

After a little walking around before and after (it had stopped raining), 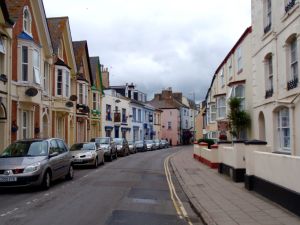 we proceeded to our afternoon destination, Seashore Ceramics Pottery Painting Studio, the shop of my friend Esther and her husband.  SO COOL!

Oh, my, we had so much fun!  There was a huge selection of things to paint (rather hard to decide).

But the RockStar painted a colorful dinosaur and a bowl; Sally an adorable little Welsh dragon; and I painted a banal yet satisfying cupcake (it opens up to be able to store trinkets) and an artsy vaguely Oriental vase.

Again:  SO MUCH FUN!

After Sally headed back to her home a ways away (she had driven down just to meet us, so awesome), we went home with Esther & her husband (who is especially awesome, as she invited us into her house to stay the night.  The generosity of knitters astounds me).  After a delicious mac & cheese & nom dinner, their dogs hopped into the car 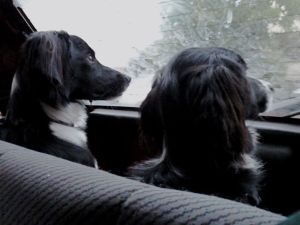 as, despite the recurrent rain, Esther knew I wanted to see THE MOOR. 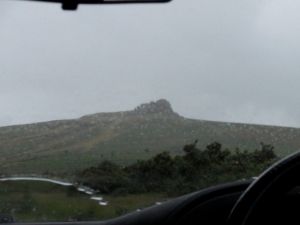 (By the way, this was arrived at by rocketing down one-lane roads surrounded by high hedgerows.  Eep!)

RockStar, Queen of the Tor. 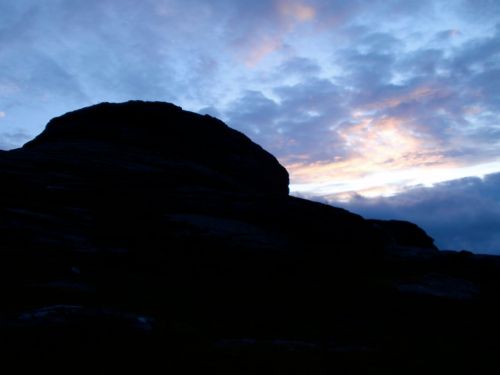 And there were moor ponies, and moor sheep, and everything. Including slightly deluded scramblers leaping about on the wet tor. 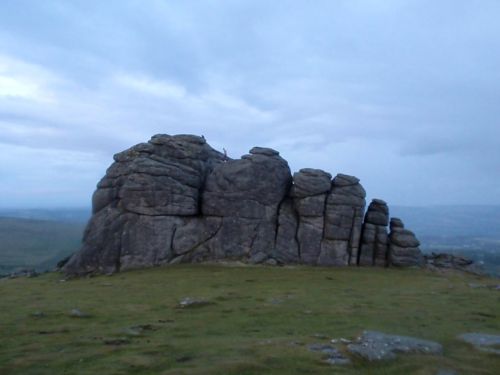 After a last good-bye to the tors 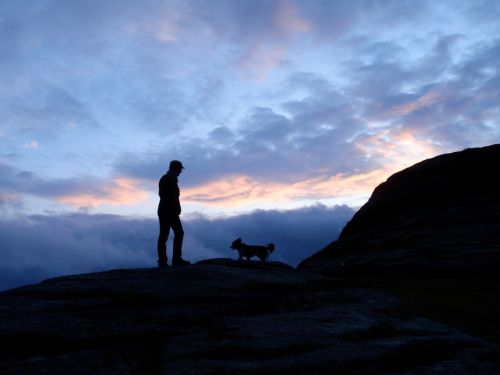 and a last stick thrown for the dogs

we headed home, via the same narrow hedgy roads (a little unnerving from the perspective of the back seat, but all was well)

to our guest bedroom with the lovely view 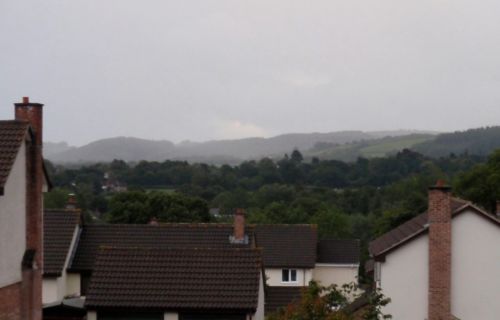 where the RockStar actually was tired and wanted to go to bed when I did (rare, at her age).  (I have a sleeping teen picture from this night, but she would kill me if I posted it, so you will just have to imagine.) 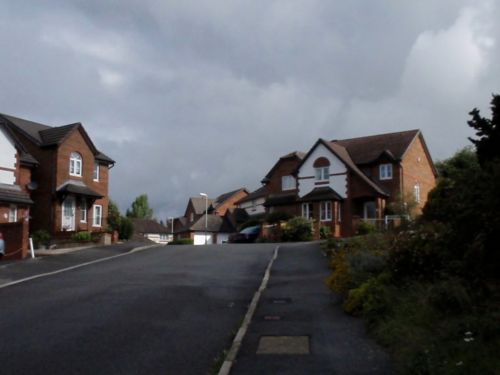 Then, in the morning, up the hills and to downtown Bovey to start our trek back to London (and the next day, back home to the United States).

Whew! Still with me?

My daughter (and I) totally want to go back to Devon.  It was gorgeous, and we had such a good time, especially thanks to my friends, to whom I am eternally grateful.

Besides, I never had Devon clotted cream.

I definitely have to go back!