The Longest Scarf Ever

This was rolled out (literally) today, as part of our area World Wide Knit in Public Day. The goal of community knitters was to knit a mile-long scarf. It didn’t quite make it, but it measured over half a mile, it seemed.

From the La Crosse Public Library, where last minute sections were added, 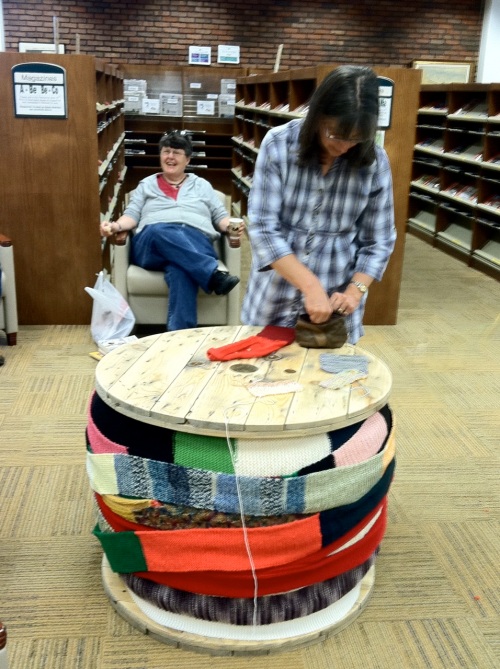 and then the unrolling (and simultaneous rolling up) started

down Main Street, past the Cathedral, a yarn shop (fittingly), a tattoo shop (also fittingly) 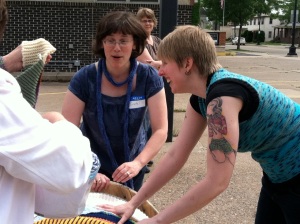 with help from many including smaller people, 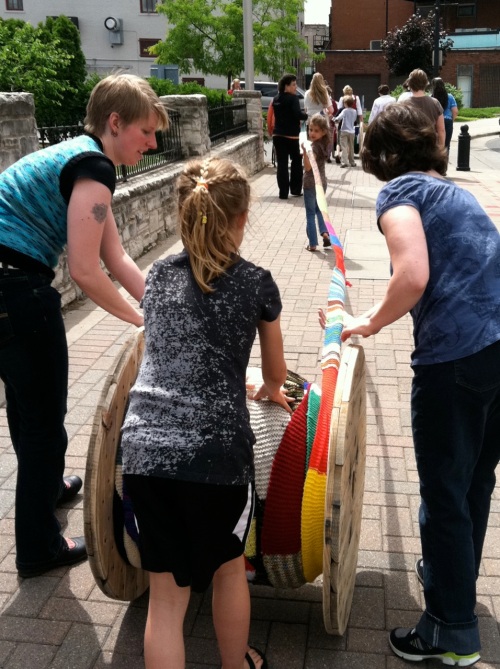 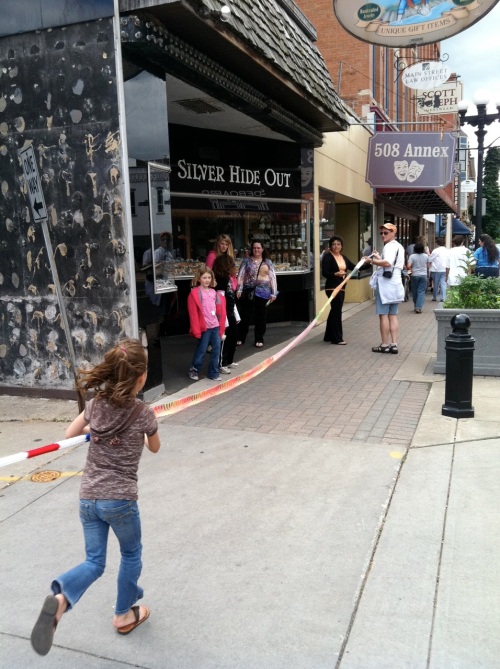 (attracting the interest of many in addition to the local business owners and patrons, including the police at one point)

crossing the street quickly in a daring, smoothly coordinated mission, and thence arriving across 4th Street before the yarn ran out. 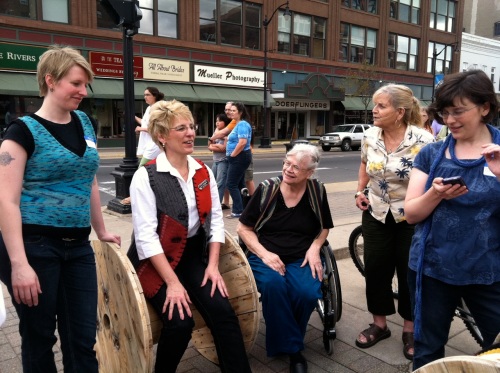 This exciting feat of knitterly achievement and derring-do was the culmination of the Knit In Public celebration, “Yarnstorming”, put on by the La Crosse Public Library, with help from lots of volunteers including the relatively new “Three Rivers Knitting Guild”. I missed the first part of the day due to work, but arrived for prize drawings

(I won nothing, but knew a couple people who did), some great knitting time with friends, some snacks, and the Great Scarf Roll. 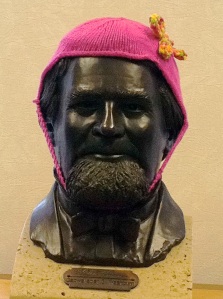 And viewed the yarnbombings outside, though it was a bit brisk to sit and knit outside, as the Saturday Sky kept promising sun and only delivering momentarily. 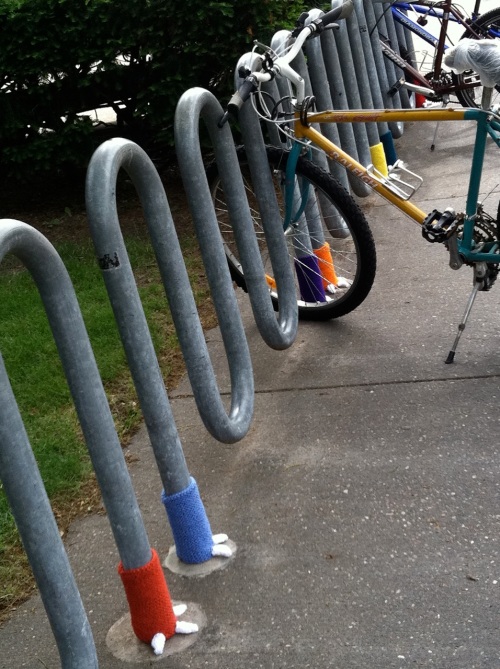 However, yes, of course I Knit In Public. (Not that that makes it any different from other days for me…)

My current projects are a Crazy Lace Citron Shawl, which I think I showed you the beginning of before, and a chemo cap, the second of two for The Loopy Ewe‘s Second Quarter Charity Challenge.

The Crazy Lace Citron Shawl is an idea from Ravelry, and I’m knitting it in my favorite Twisted Fiber Art hand-dyed yarn (I think I showed you this before, even being a Bad Blogger). It’s the Citron Shawl from Knitty, linked above, but the stockinette bands are replaced with small lace patterns of the knitter’s choice. I’ve knit one more repeat than the pattern calls for (I’m knitting it in a finer yarn, with lots of yarn available), but am now working on a big ol’ ruffle, which is taking me a while.

Here it is at last picture, last weekend:

And here is my chemo cap-in-progress, the Esprit Chemo Turban.

Not too impressive yet! It will look odd right up until the time it’s on someone’s head, quite a number of inches from now.

(Here’s what’s on someone else’s needles.)

How about your needles?