Yes, those who guessed (or just KNEW) that I was at BMFA Sock Camp, and those who knew I was in the Seattle area, were all correct!

is the view from The Inn at Port Ludlow, Washington, on the Olympic Peninsula.  And those are the Olympic Mountains, yes, indeed!  We had such good weather that I saw the mountains almost 100% of the time we were there…. wow.

That was last Saturday’s Saturday Sky, in fact.  I had woken up with the sun as usual, and gone for a walk on the beach before breakfast.  It was chilly 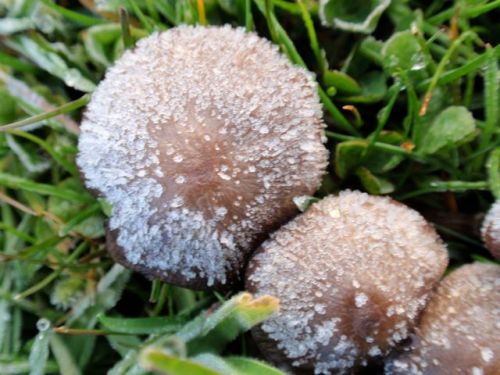 (that’s frost on those pumpkins mushrooms!) and I was glad I’d packed a hat and scarf, actually, but that didn’t stop me from knitting on my walk

on my way around the point to see the sun rise. 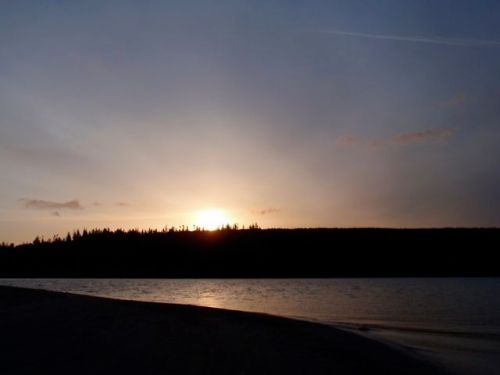 It was so clear, you could see the mainland, and Mount Baker (I think that’s Mt Baker?). 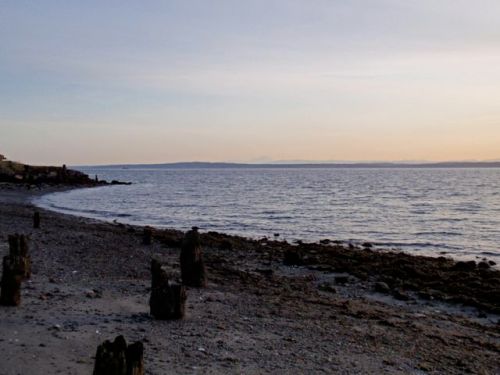 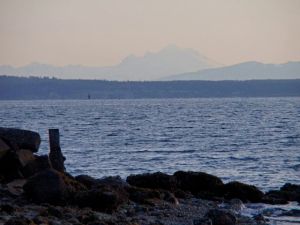 It was so gorgeous.

Why, yes, there were socks, and camp, and hijinks, and lots and lots of fun!

But I can’t tell you ALL yet.  You see, I went to Camp for session I, of two sessions.  And, while the Session II campers are finally there, there are still some surprises in store for them.  We all had to solemnly swear on the Chicken not to reveal anything before its time.

(Cat Bordhi and Tina Newton.  And Chicken (now Chicken of the Sea).)

(Did you think I was kidding about swearing on the Chicken?)

I can show you (one of the) socks I made at Sock Camp! Although as usual we were too busy to do overmuch knitting, really.  Ironic, that. 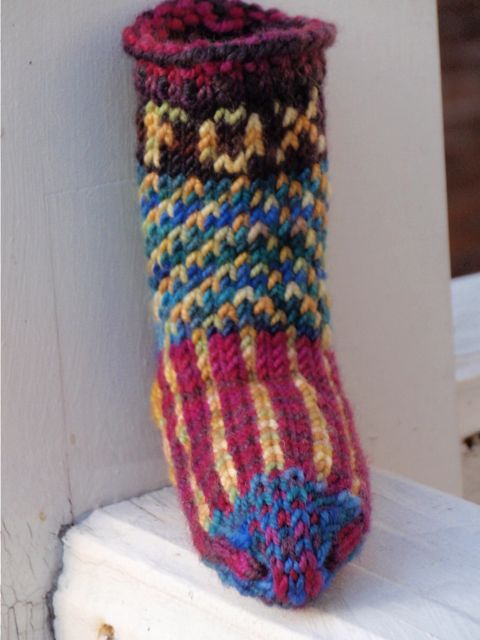 Fox?  Well, there was a Seussian theme to Sock Camp this year.  We were divided into groups (“tribes”) as usual: I was a proud Fox in Socks!  The amazing Janel Laidman taught the class that resulted in this sock (“Stranded Colorwork & Sock Knitting”) and she designed a sock-let for each tribe!

The Sneetches had a lot more letter knitting to do…. not to mention the TweedleBeetles.

More later, when I am permitted!

This entry was posted in BMFA, Camp, Knitting and tagged Sock Camp. Bookmark the permalink.