Eye Candy Friday in the Wetlands 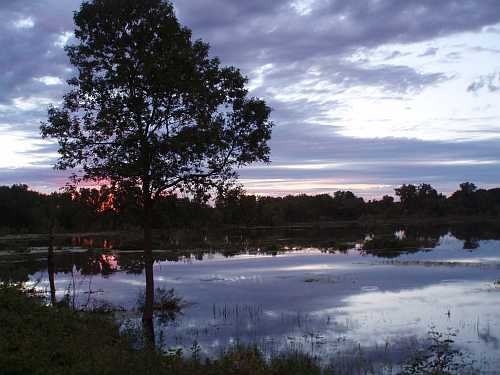 AKA ‘the marsh’, this is part of the reason that La Crosse has been relatively protected from the floods to the south, the west, the east. We’ve had flash flooding over the past two weeks, yes, and unprecedented miles of highway including the interstate are still closed in southwestern and southern Wisconsin.

But this wetland area, which usually does NOT resemble a lake, is our natural containment system for water dumped from the sky in large amounts as we’ve been having. No real levees here; there’s parkland along much of the Mississippi in La Crosse itself which lets the water level creep up without much fuss (though neither the Mississippi, nor the two other rivers that come into the Mississippi at La Crosse are near flood stage right now). Most of the time, there are trails through the marsh on which I and the girls go for ‘nature walks’ or bike rides. Right now, the trails are newly closed as the water is reportedly waist deep and flowing quickly in places.

Despite the barricades, some are still using the paths, though, as we saw last night when the Gothlet and I walked over to check it out (Lisa, this is the area you asked about, a mile north of our house). I don’t think the water bothers this trail user, though.

Developers have been trying to fill in and pave over the marsh for longer than I’ve lived in La Crosse, given that La Crosse is challenged for space, being squeezed between bluffs and the Mississippi river. I’m so glad that their efforts have been heartily resisted by most La Crosse citizens.

Though we’ll all be enjoying a bumper crop of midwestern mosquitoes in the next month. That will be true of all our waterlogged Northern states, no doubt, marsh or no marsh.

The storms came with sudden warmth. Indeed, my peonies which had been in the bud for two weeks were just waiting for it to warm up; when I came back from Chicago, having been gone only three days, they were all in full bloom, finally 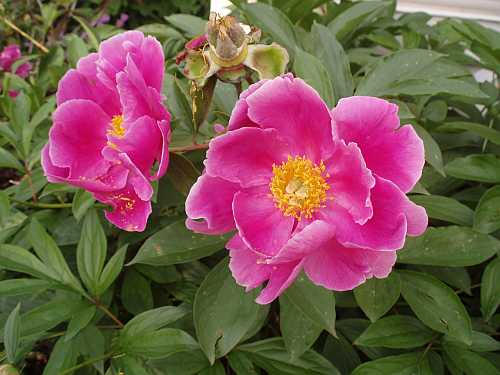 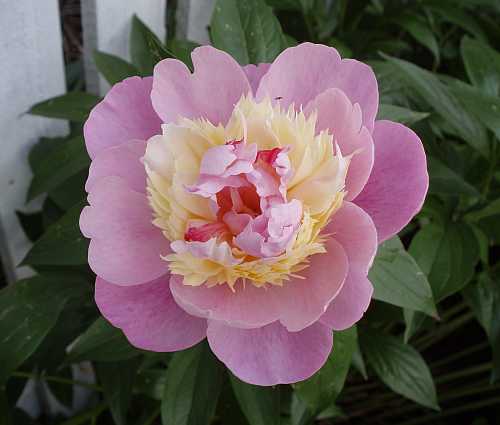 though most of them were sideways from the storms.

Me, I’m driving to Viroqua, Wisconsin, where one of my favorite yarn shops is having all sorts of fun things happening. Have fun knitting wherever you find yourself!

*I can’t fricking believe this! As I got ready to publish this post — out of an almost entirely clear sky with the moon shining — suddenly it started to rain, loudly and heavily. It only rained for less than a minute, literally. Just enough to make a liar out of me. I guess that was a ‘widely scattered shower’….

10 responses to “Eye Candy Friday in the Wetlands”