Post-Weekend Knitting Update (with flowers and a ‘bug’)

This isn’t everything I have actively going, but here’s a selection of progress, and one FO to show you.

This will be a little scattered, though, after a night spent cleaning up after poor little Gothlet’s episode of projectile vomiting (either stomach flu with a miraculous recovery, or the consequence of overindulgence in decorate-your-own birthday cake at a friend’s birthday party, with a rather huge frosting to cake ratio), and then staying up to keep an eye and ear on her.

To counteract that mental image, let me show you the current state of Forest Canopy. A little here, a little there; I’m now past the number of repeats written in the pattern, and I think I’ll use both skeins of Socks That Rock that I have, to make this a nice big shawl. That means it won’t be done for a while, though (I have several time-sensitive projects). Here it is, posing with a violet. 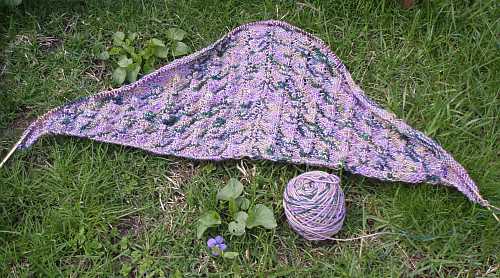 And here’s a violet close-up, Wisconsin’s state flower, may I add, and one of my favorites. The photo rather echoes the colors of the Forest Canopy yarn, doesn’t it? (Undertoe colorway) 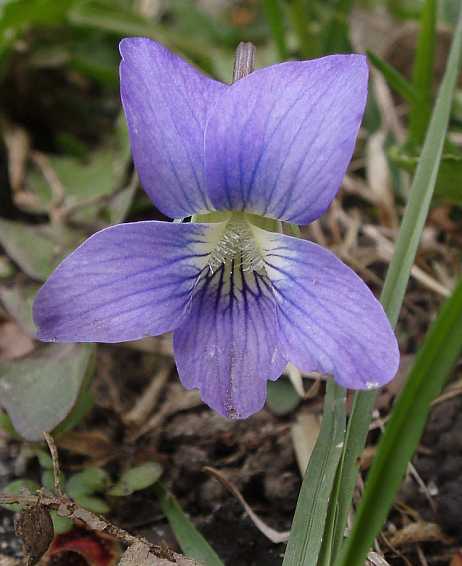 Next up, the Walking Sock, one finished despite little walking having happened recently. This was also a traveling sock; I turned the heel while waiting in line for the Yarn Harlot to sign books, and also knit it in the security line and on the plane to Sock Camp. It liked flying, I think. 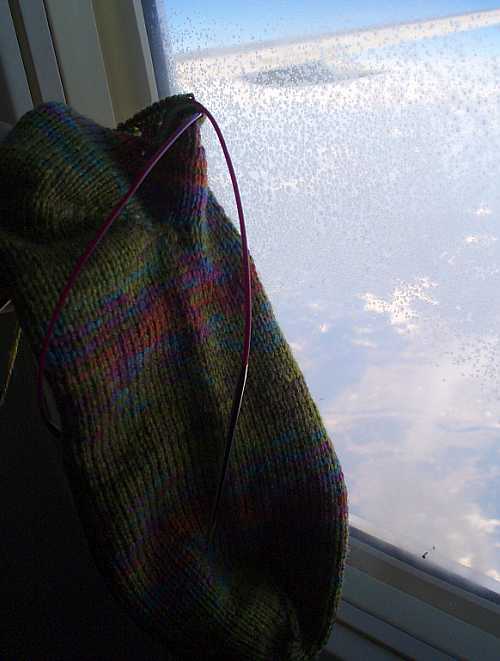 So, I knit it on the Yarn Crawl, a bit at camp, and finished weaving in the ends on the ferry home. I like it for a very spring-ish sock! 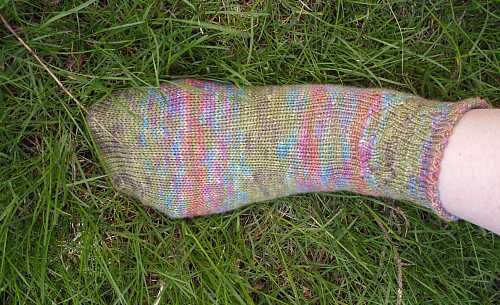 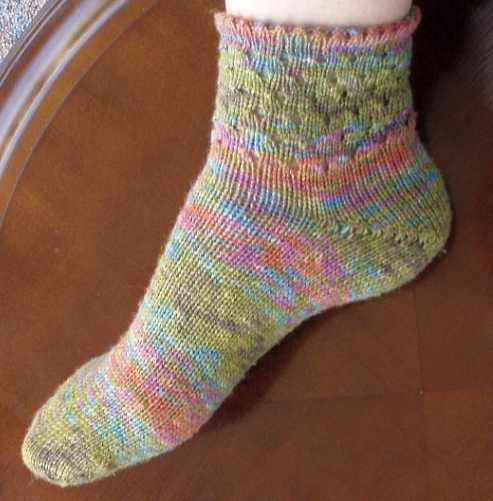 Basic toe-up sock with eyelets in the leg, and a picot hem. 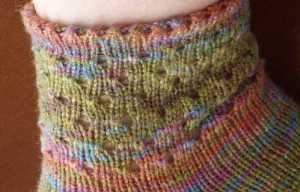 Meg of Twisted Fiber Art’s Kabam bamboo/merino yarn in the Sherwood colorway. I’ve started the second, and now am to the ‘walking’ part. So now, hopefully, I can get walking again!

By the way, Twisted now has a new website and just had their grand opening. As you might expect, all the yarn & yarn available for preorder sold out within the day, but keep checking, there will be regular updates now.

The sock also liked being outside with the wildflowers, like these dents de lion. 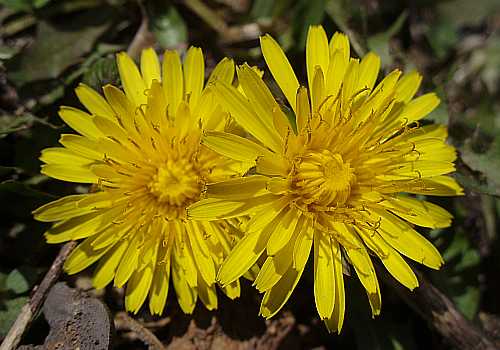 Now, the so-impressive Finished Object. (Or maybe not so impressive. But cute!)

My mother is a retired medical technologist whose specialty was microbiology (specifically, anaerobic bacteria). So for her birthday, I made her her own pet bacteria. 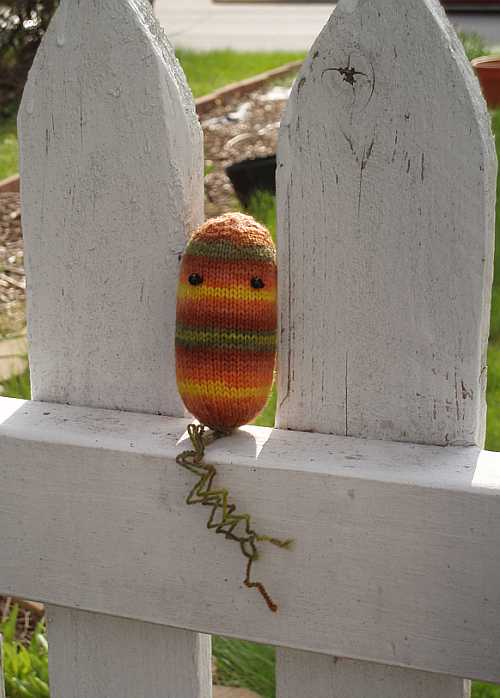 Somehow, this just had to be E. coli, though I feel it’s a beneficial member of the intestinal flora. (And here we are, back to the GI theme. What goes around, comes around.) 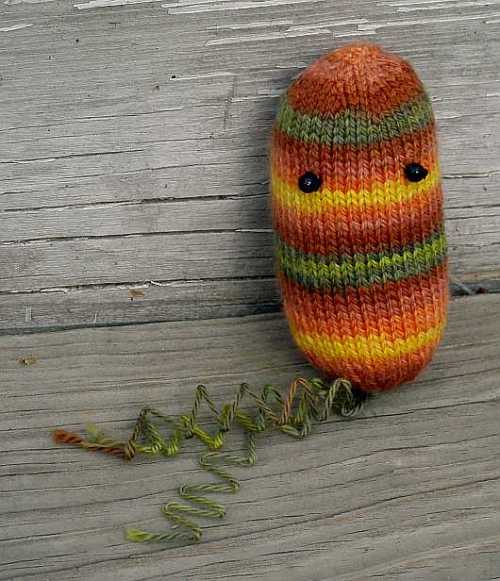 Look at that face. Would that micro-organism hurt a soul?

Yarn, a sample of Twisted Fiber Arts Scorched colorway, Playful base, knit on size 0 needles for a firmer fabric so that the stuffing wouldn’t show. Pattern modifed from Bacteria by Beth Skwarecki.

“The bacteria gets to go outside, why can’t I?” 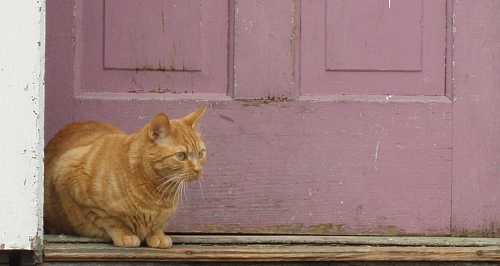 P.S. If you haven’t already, check out my Blogiversary Raffle, and consider donating for a chance at some great prizes, including Wollmeise! Raffle ends May 11th, 2008, at midnight.