I didn’t catch it swinging by, but here’s the Happy Face ball hanging from the crane at work, here in the 5 minutes of sunshine we had today after it snowed and before it clouded up again: 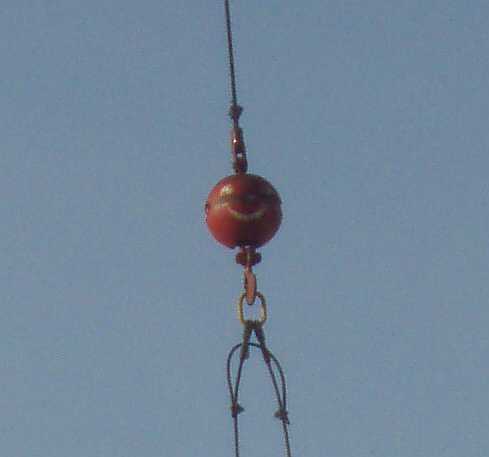 Isn’t it cute? And happy?

I can’t think the construction workers were overly happy pouring concrete today, but at least it’s over zero F. 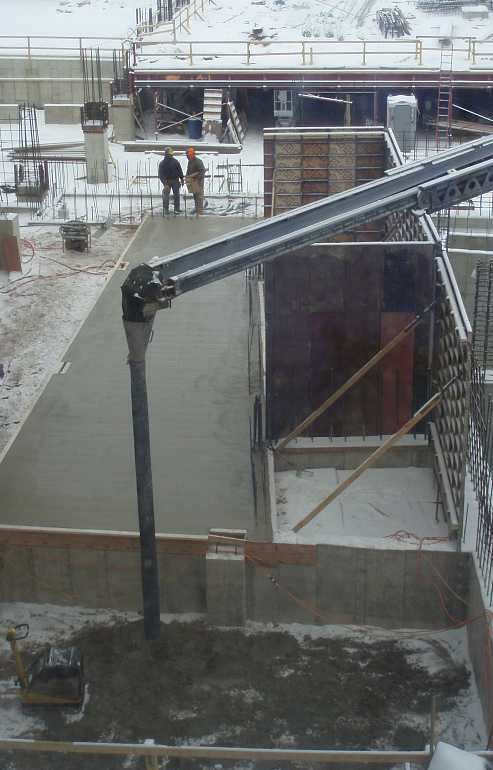 Me?  I don’t understand how my car can freeze to the ground while I’m at work. 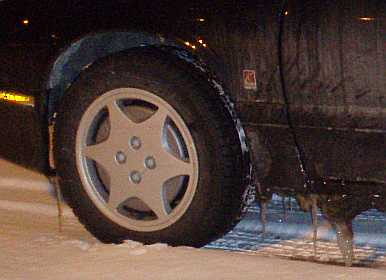 (Needless to say, the door was frozen shut too.) But I suppose it shouldn’t surprise me. Saturn is a frozen planet, after all…

On that note, off I slink to do some more stealthy knitting, Gypsy Cold Care Tea in hand (just a touch of a virus, but it’s making me feel woozy). [Anyone else see the Veggie Tales videos? B.C., before children, I don’t think anyone could have convinced me I would willingly watch musical videos about an animated tomato, cucumber and assorted other produce that retold Bible tales. But Veggie Tales are very good. One of their songs (“Pirates…”) even has St. Paul in it. Anyway, if you have, every time I hear/say/type ‘woozy’, it makes me think of the French peas typing, as they declare they “air getTING a leetle wooZEE” in their Monty Pythonesque French accent. That’s me. Well, this French pea is going to bed.  À demain!]

This entry was posted in Family, Philosophical musings, Work. Bookmark the permalink.