Oktoberfest Saturday (and a bit o’ knitting stuff at the end)

So today was the last day of Oktoberfest here. 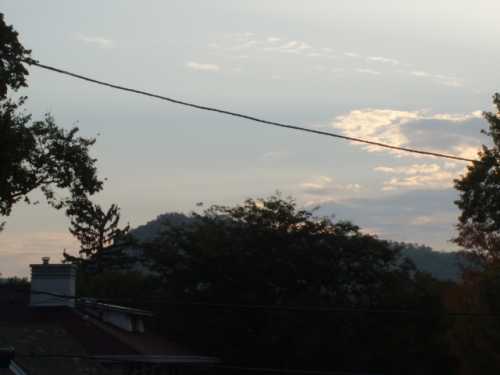 (sorry about the power lines, I don’t like them either) 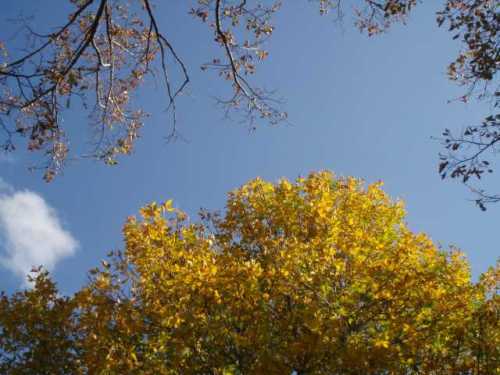 While I was out in our front yard this morning, documenting the Saturday am Sky, the birds were very busy and vocal. I saw this little guy up on the front power line:

Goldfinch? I’m not sure (it was significantly smaller than the starling on the same line). And a cardinal or two, and a mystery bird that may have been the mate of the power line bird above (same size, same tail, brown/tan/barred to maybe slightly yellow — my picture of it is awful), and all the usual suspects. The birds were very excited today.

Speaking of excitement, we didn’t ‘Fest today, but yesterday and the day before we did.

So, naturally, here are pictures!

First of the Torchlight Parade, the evening parade which used to conclude Oktoberfest before it was extended to two weekends. The Gothlet’s friends were riding in a float, so naturally we had to stay till they went by, and naturally they were near the end. By which time The Preteen was almost terminally bored since her friends weren’t there. But I had fun *trying* to take some photos. Here are a few of the best or at least most interesting:

Band above, their bass drums below. 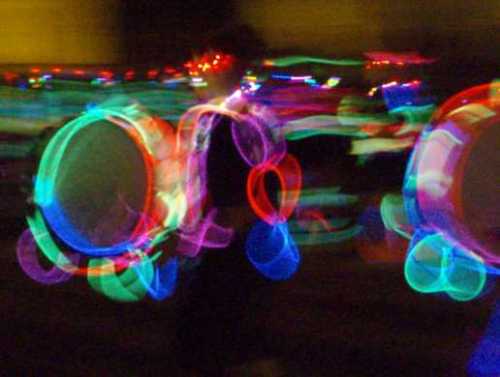 Batons in the air:

and batons being swung by young twirlers: 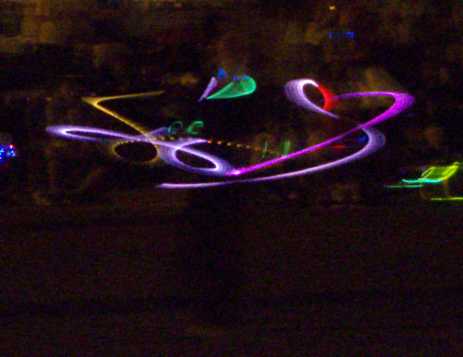 (That baton twirler was a girl I knew!)

And an abstract light show:

Here’s the Gothlet watching and waiting for candy, accompanied by a little glowing girl who was cuddling up closer and closer to her as time went on. She had a big brother and a little brother, and I think she was hoping the Gothlet would take her home.

So, after staying up way too late that night, the next day we went to one of the Festgrounds, where I saw Nature’s own glow over the river: 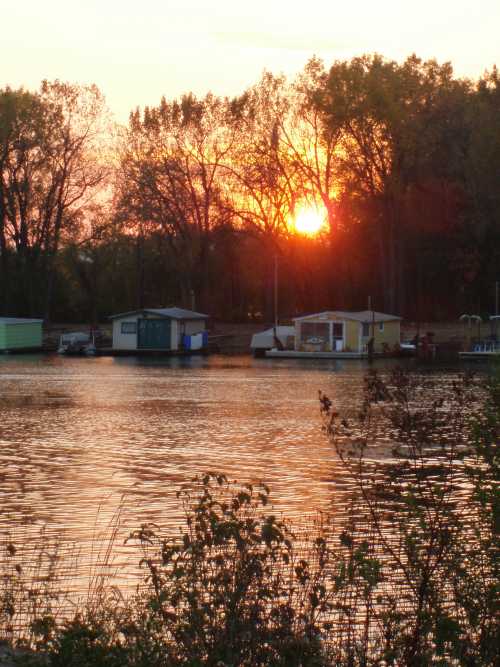 Wouldn’t you love to have a water slide right out your back door? 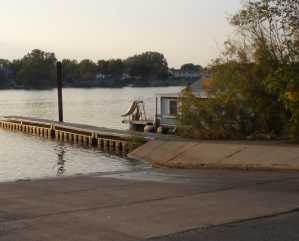 The girls certainly would. They, however, were more interested in these rides tonight:

Preteen: I’m kind of having fun but I’m pretending I’m just doing this to be nice to my sister (for once). 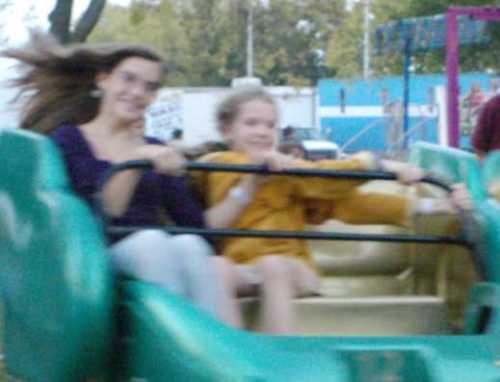 So, again, we stayed up late (for me, I’m old and crotchety).

But I got a fun package in the mail yesterday!

The yarn is Knit Picks “Panache”, baby alpaca/cashmere/silk/merino in “Coal” — on clearance!

And, due to a couple blogger enablers (you know who you are), a few Harmony laminated wood circular needles. 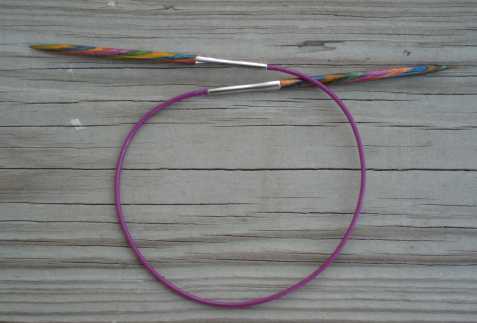 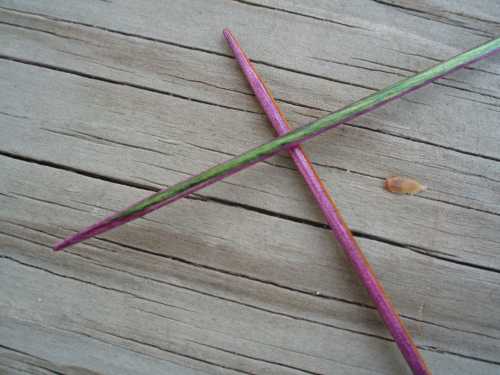 Haven’t knit with them yet, dang it.

I have done a little knitting this week, but one FO went out the door without being documented (bad blogger!), and I have only gotten a few rows done on O’fest socks as it still hurts when I knit with tension (and the bobbles require tension). I did start my Red Scarf (wouldn’t want to have started too early, after all!) but no pictures yet. I have frogged projects with this yarn about 5 times now, including 3 prior Red Scarf attempts. The yarn is a pleasant 50% wool/50% acrylic yarn called Durango, slightly tweedy. I think the key is, it’s billed as worsted weight; but it’s knitting up as a rather bulky yarn would for me, on bigger needles. I knit L*o*o*s*e*l*y usually, and I’m up to US size 9s now for this yarn, and finally have a knitted fabric that doesn’t feel like woolen chain mail. I can’t remember the last time I used this size needles! For worsted weight, I’d usually use a 5 or 6, maybe even a US size 4. But now I know the secret, and the scarf is proceeding apace.

I will leave you with a glimpse of a ‘geranium’ (really Pelargonium) from someone’s garden I walked by today: